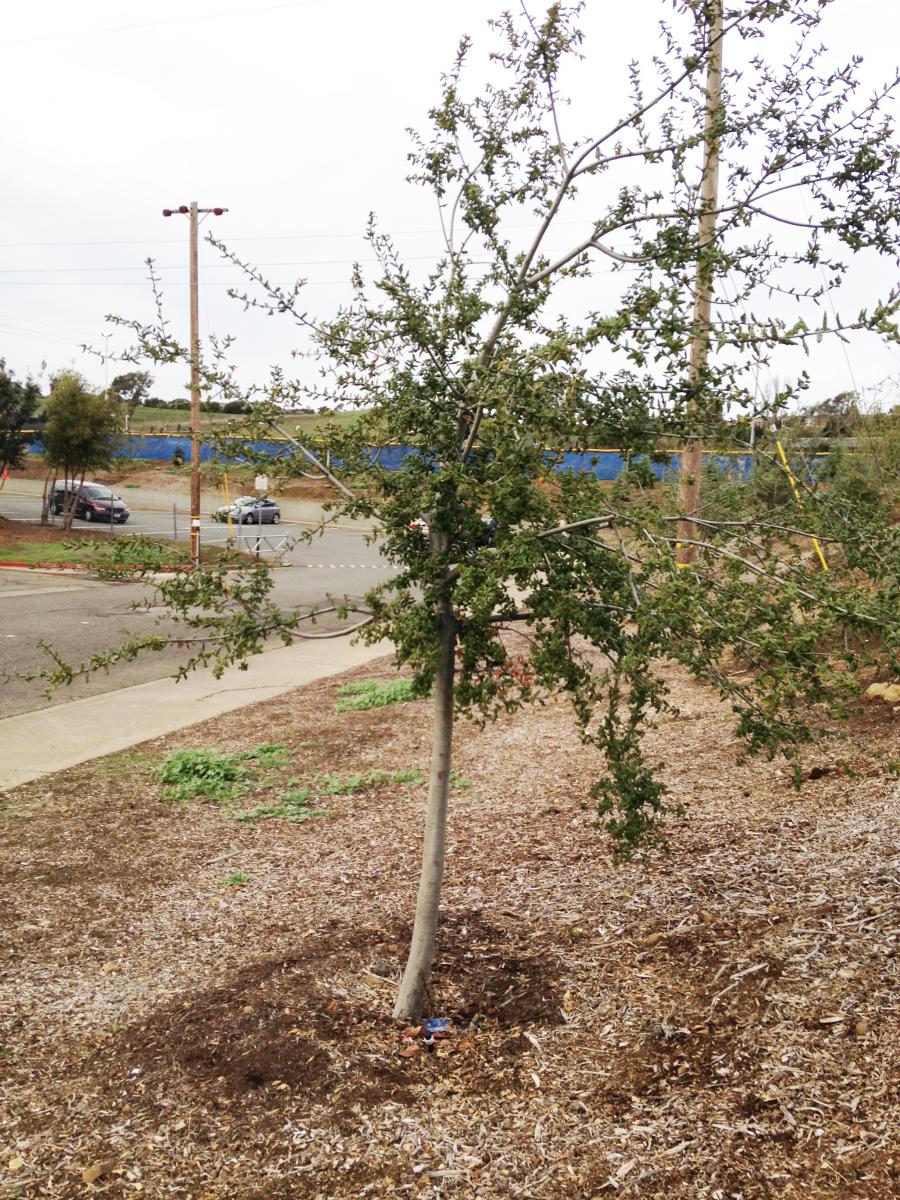 Benicia Tree Foundation’s first project involved planting 80 trees at Benicia High along Military West and Denfield Avenue.  This included 30 five-gallon size coast live oaks (Quercus agrifolia).  The supplemental water applied during the dry season ended in 2013.  After two years of average to above average rainfall, many of those trees are 15 to 20 feet tall and need some structural pruning (i.e. cutting off limbs that are too close to adjacent limbs, that are too low to the ground, or are growing in the wrong direction).

Why should native trees be  pruned at all?  Trees can spontaneously drop limbs because of poor limb strructure, or blow over because of disease, weak roots and/or top heavy growth.  When we plant trees near people and structures, we need to do more than just plant the right tree in the right place.  We should also prune these trees regulary to minimize spontaneous tree failures which can harm people and damage property.  In addition, the municipal code requires trees that overhang streets and sidewalks to have a minimum vertical clearance of 13 feet.

We pruned about 10 trees last year and will be pruning the rest of the oak trees now, since the trees go dormant during the dry season.  Below are three pictures of the same tree taken in 2014, 2017 (before pruning) and 2017 (after pruning).  Some of the trees look pretty stark after pruning, but after they put out new growth next spring, it will be hard to tell they were pruned. Ideally, the trees should be on a five-year pruning maintenance cycle.