Matthew Turner was the fifth campus of the Benicia Unified School District to host a Benicia Tree Foundation project.  In March, 2014, volunteers from throughout the community helped to plant 50 new trees around the perimeter of the playground and in the front parking lot.  The trees planted included Incense Cedar, Chinese Pistache, Coast Live Oak, and Red Maple trees. These trees will add shade to the playground and parking lots as they mature and help sequester CO2 in their foliage, branches, trunks and root systems. 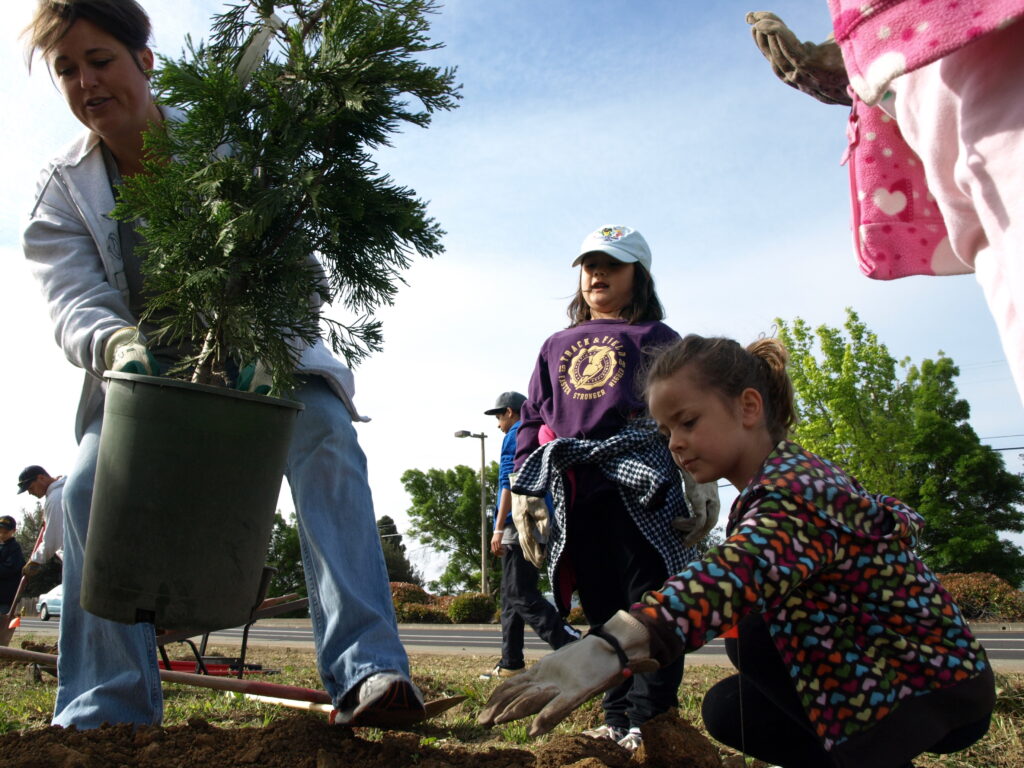 A second planting a Matthew Turner occurred on December 1, 2018 when the campus hosted a Fall Arbor Day event.  Students, parents and neighbors were organized by the Benicia Tree Foundation  to plant 13 trees at the entrance to the school.  Tree species included Ginkgo biloba (Maidenhair tree), Ulmus parvifolia (Chinese Elm) and Platanus x hispanica ‘Bloodgood’ (London plain tree).  These trees helped mitigate for the loss of the trees removed for the school’s solar panel project built the year before. 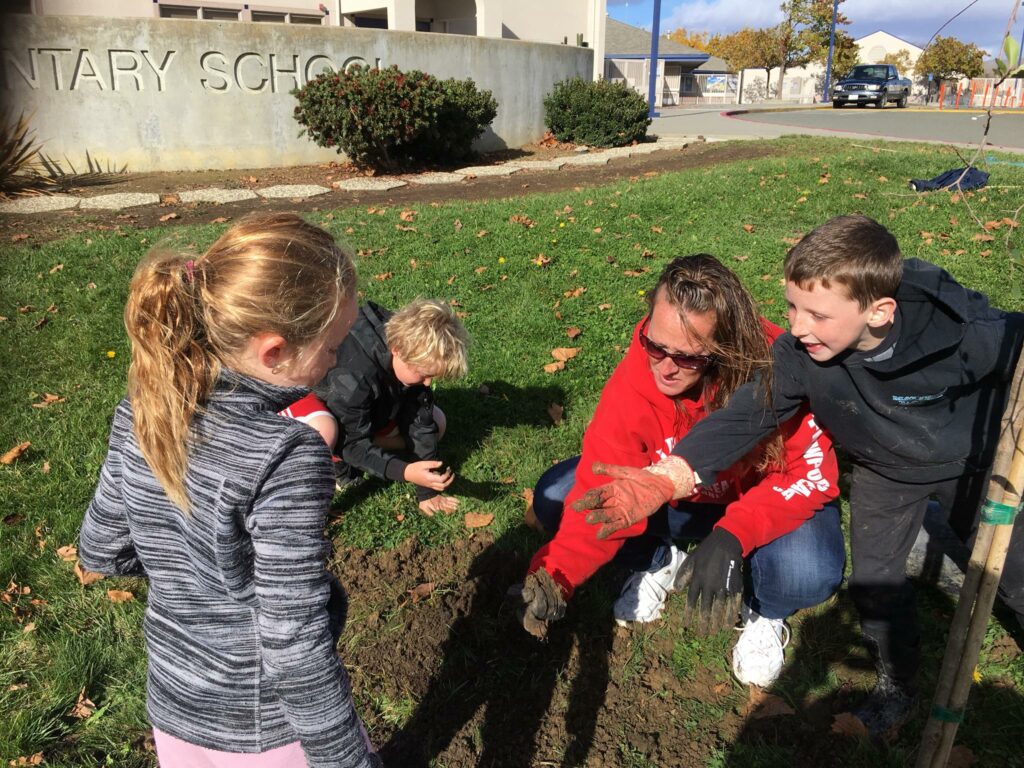 A third planting was held in 2022 to replace seven trees on campus that had died.  The event attracted 25 volunteers and included participants in Sustainable Solano’s Youth Environmental Leadership Fellowship, who wanted to learn about that tasks involved in implementing an urban greening project.  In addition to planting trees that day, other task included mulching, pruning and checking the tree stakes and ties on the tree that were planted earlier on this campus. 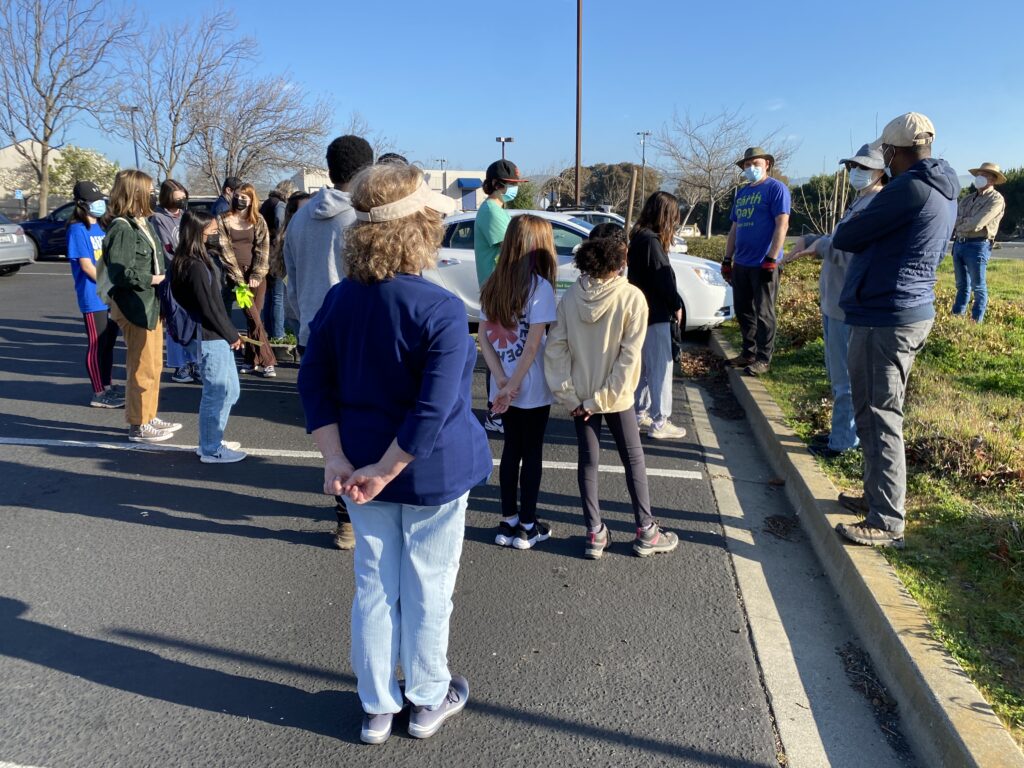 The third tree planting was held on February 12, 2022. The volunteers are receiving orientation on the morning’s event. 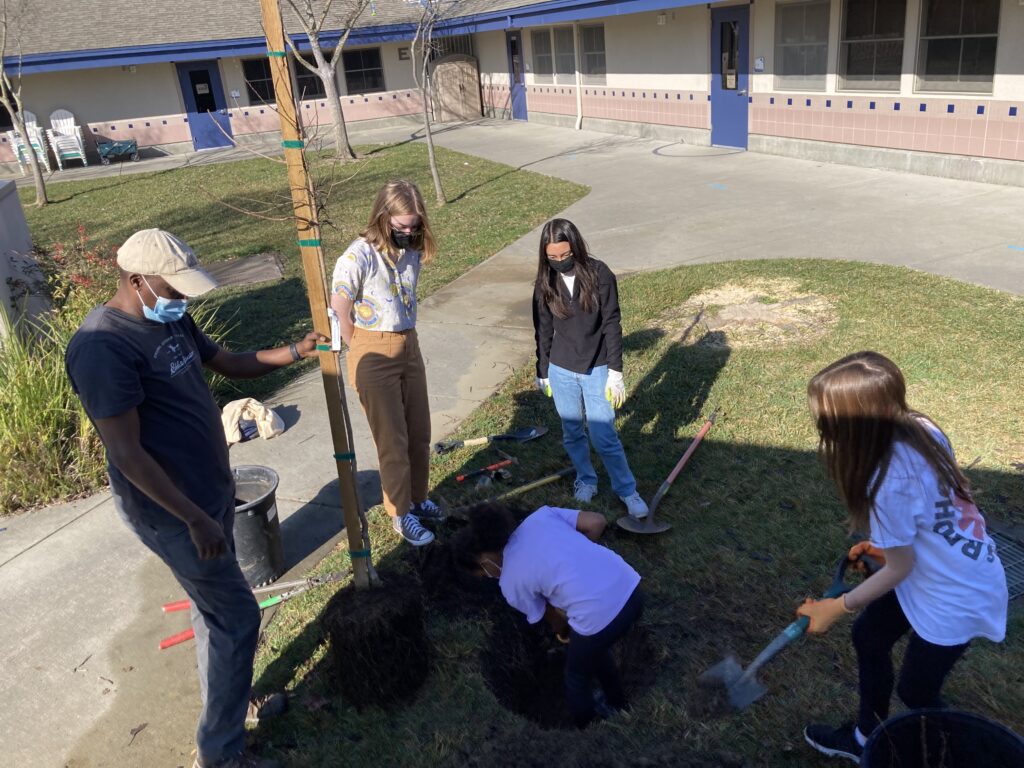 Two fifth-graders at Matthew turner are working on a hole for their Crepe myrtle tree.

The trees planted at Matthew Turner were selected because they grow well in Benicia and can live off rainfall alone after they become established.  Volunteers returned for three years during the dry season to water the trees until they became established.  Benicia Tree Foundation continues to maintain the trees it planted at Matthew Turner by organizing Tree Care Days there so volunteers can remove the tree stakes when they are no longer needed, to weed and mulch around the trees, and to prune them.