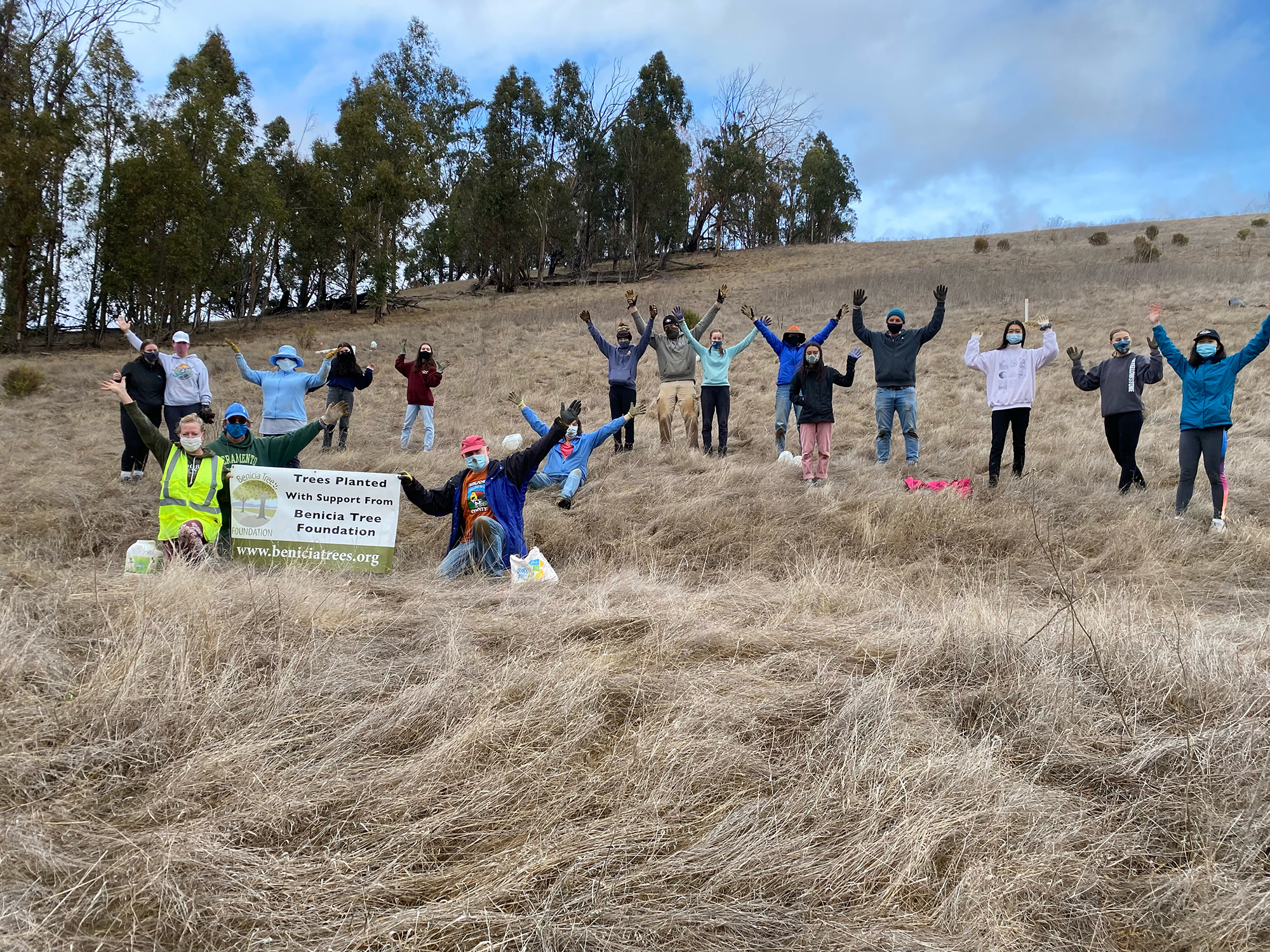 On December 12th, 19 sites were planted on a south facing hillside north of the reservoir’s spillway.

This is the third planting day this fall at the Lake Herman Open Space project site, and the first one involving the California Native Plant Society.  The Willis Linn Jepson Chapter represents the Society members residing in Solano County.  Last month, the Jepson Chapter approved a request from the Benicia Tree Foundation to partner on this project.  The Society launched a Re-Oak California campaign after the 2017 wildfires and this is their first project for Solano County.

The 19 volunteers included not only members of the Willis Linn Jepson Chapter, but Girls Scouts, Boy Scouts, the Benicia High School Key Club, and residents from the surrounding neighborhoods.

The cool overcast day began with volunteers assembling at Benicia Community Park at 9:00 AM and taking a 15-minute walk to the project site.  After receiving an orientation and safety briefing, instruction was given on how to plant acorns.  The volunteers then picked up their tools and supplies and fanned out over the project site which had florescent-orange irrigation flags marking the locations for new trees.

It rained a quarter-inch the night before, but digging revealed that the soil was still very dry.  Gopher baskets made of chicken wire were put in each hole to protect the tree seeds from gophers.  Each hole was refilled with soil, acorns (blue oak or live oak) or a buckeye seed were added, and tree tubes were installed to protect tree sprouts from predators.  Straw was spread around each tube to reduce weeds and retain moisture.  Each planting received two gallons of water, which hopefully will be followed by a lot of winter rain.

All sites were planted before noon. 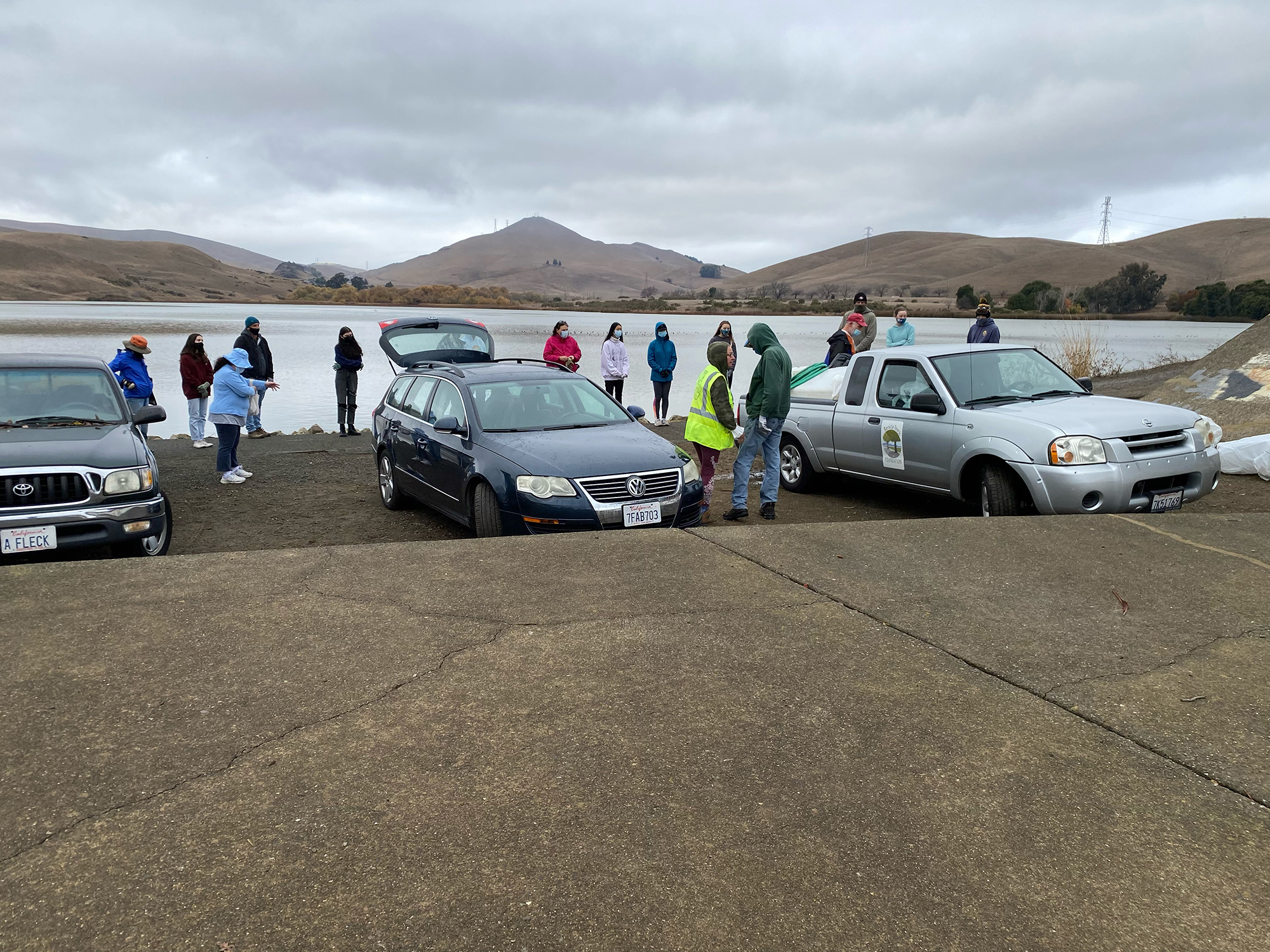 Volunteers gather at the Lake Herman spillway for orientation and a safety briefing. 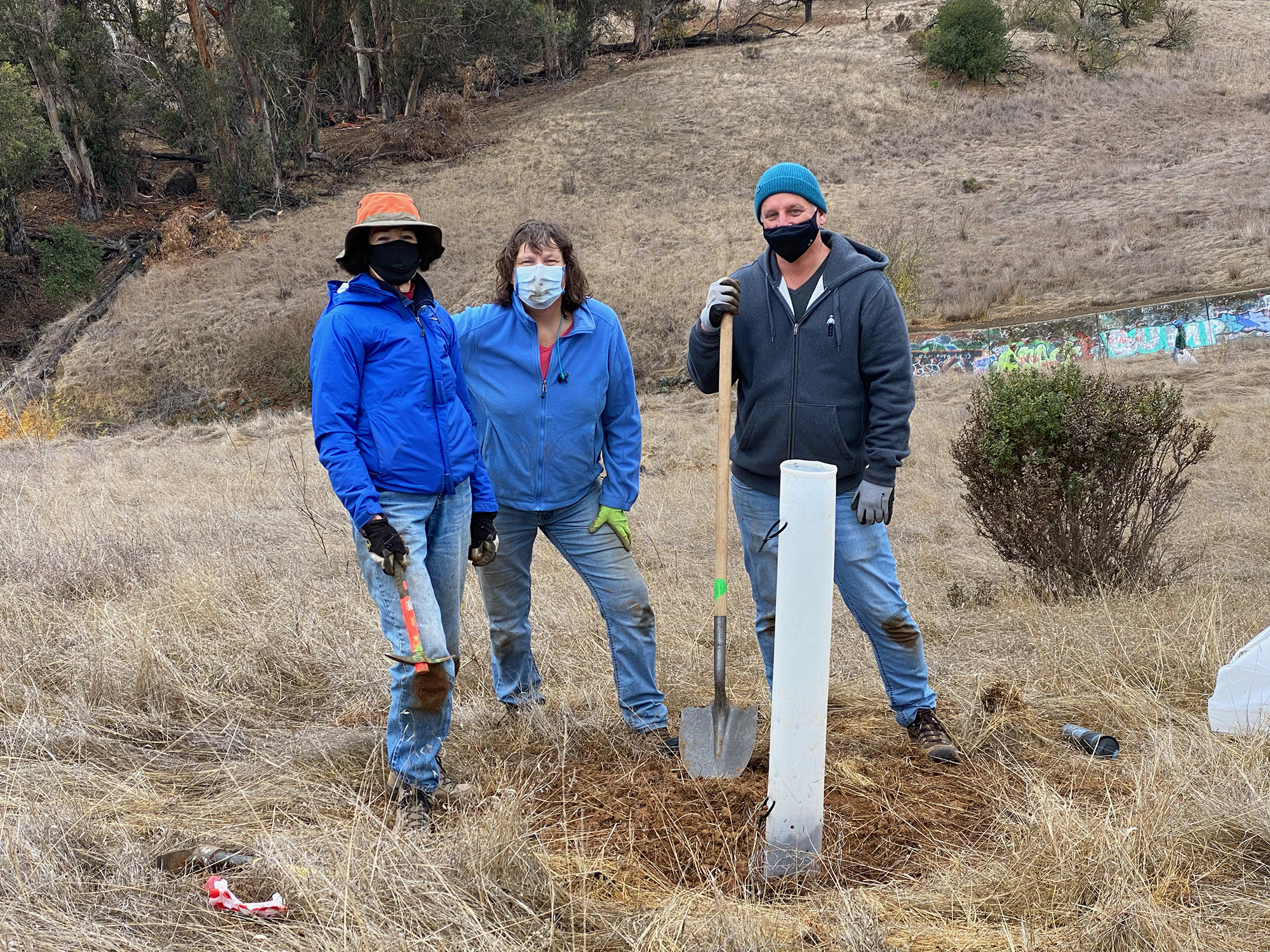 Acorn planted, protected, and waiting for straw mulch and water 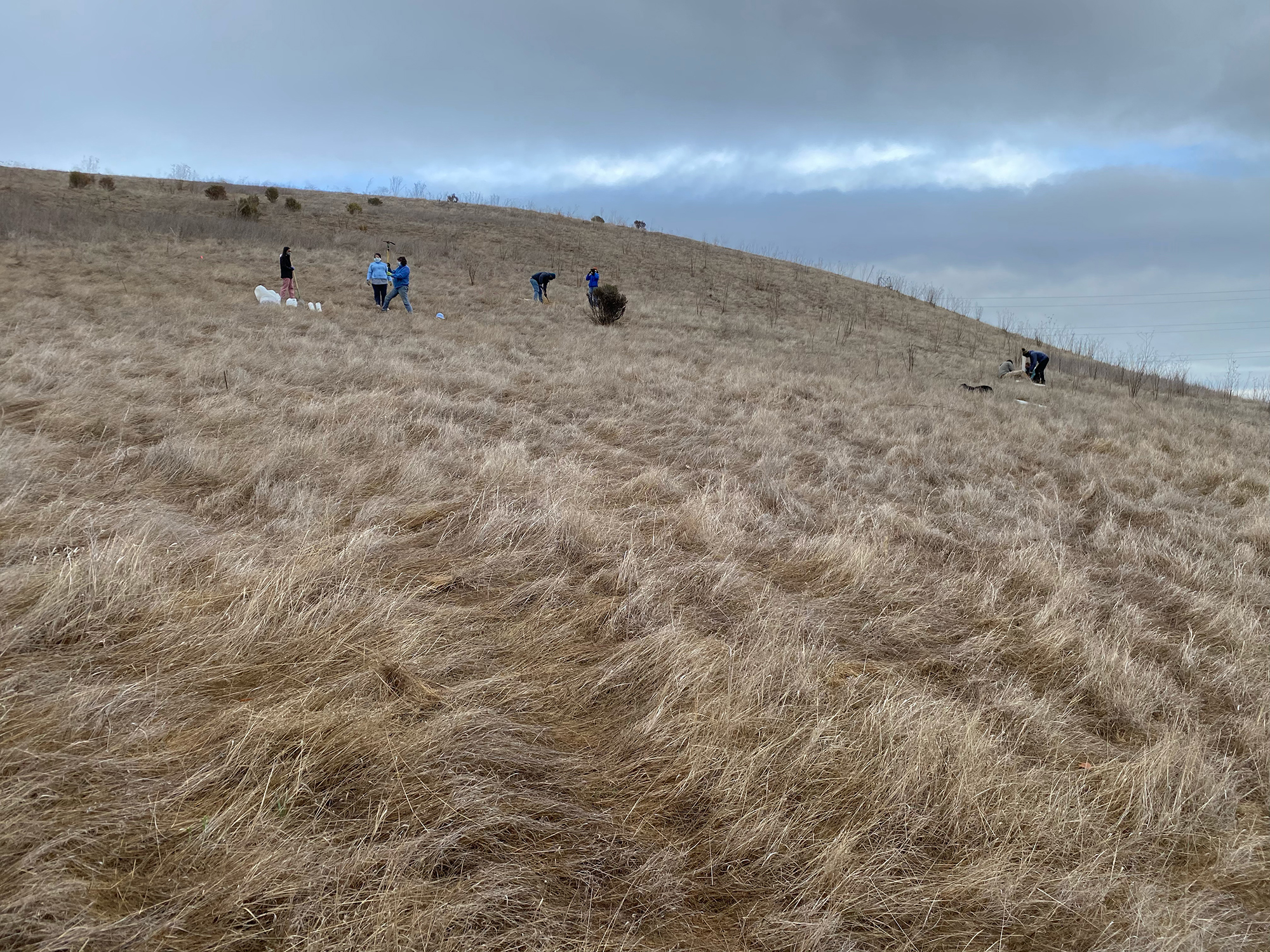 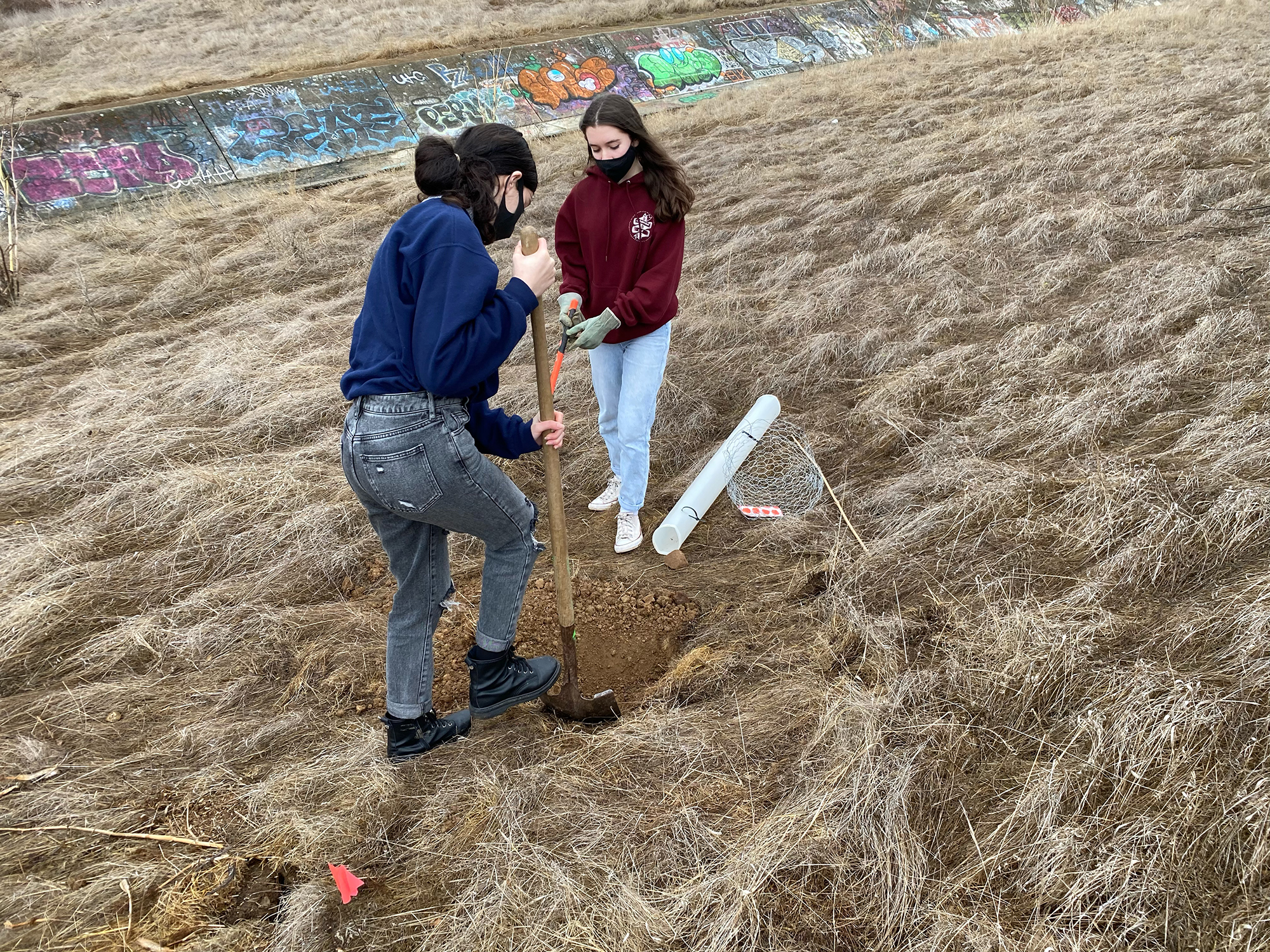 Volunteers dig in the dry soil. Who would think that it rained the previous night? 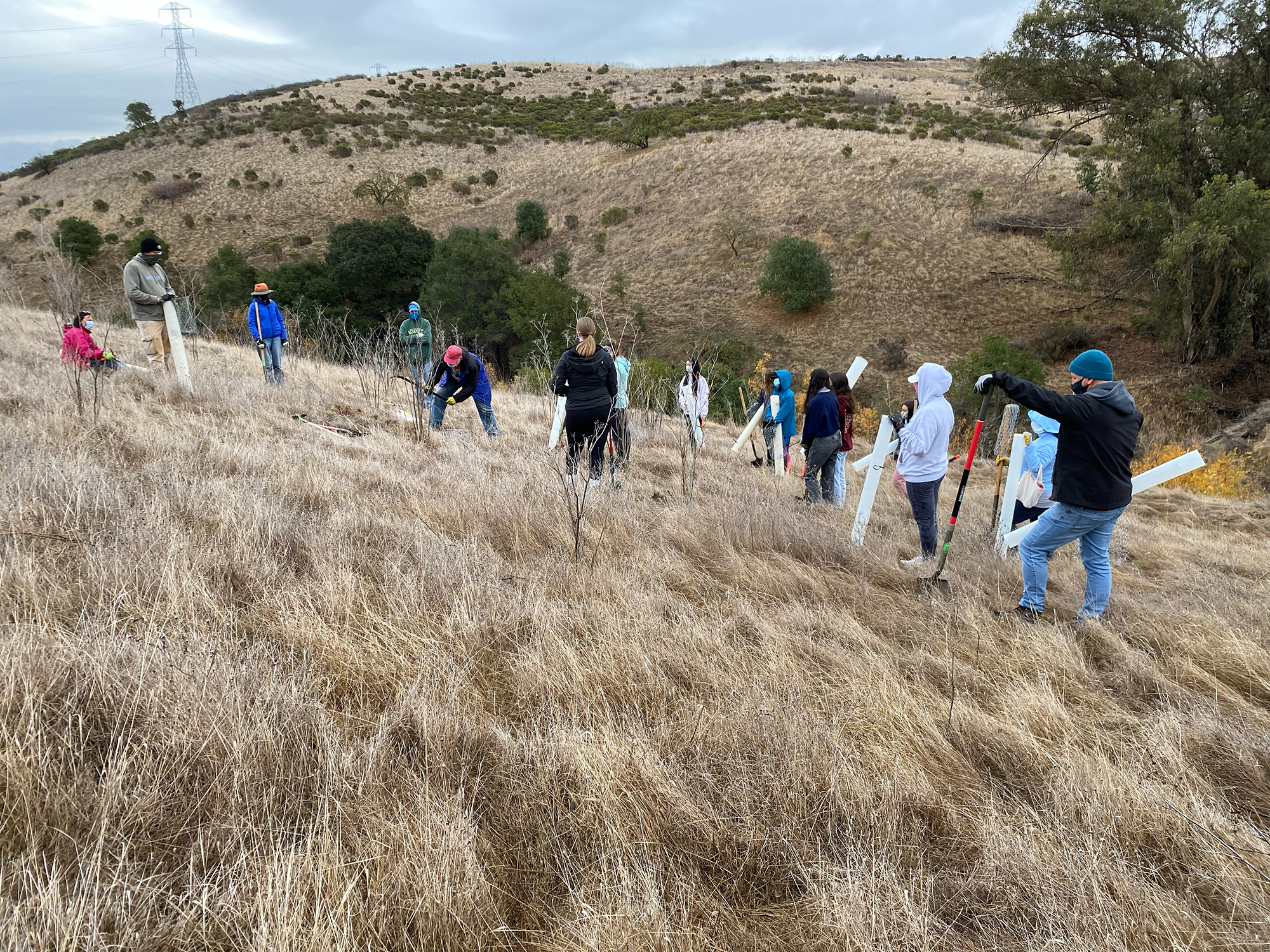 Instruction is given on how to plant an acorn 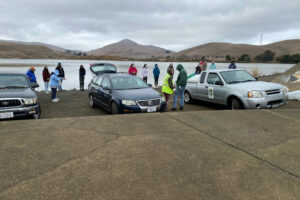 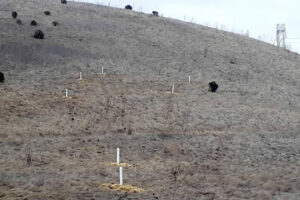 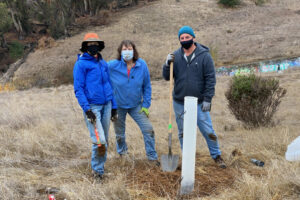 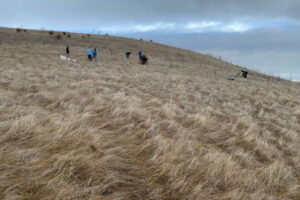 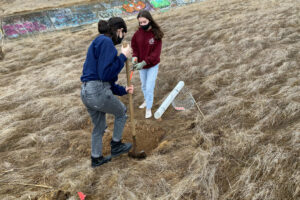 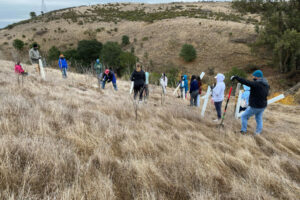 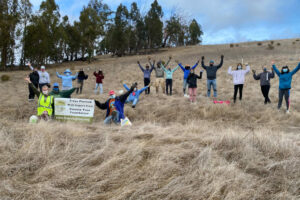