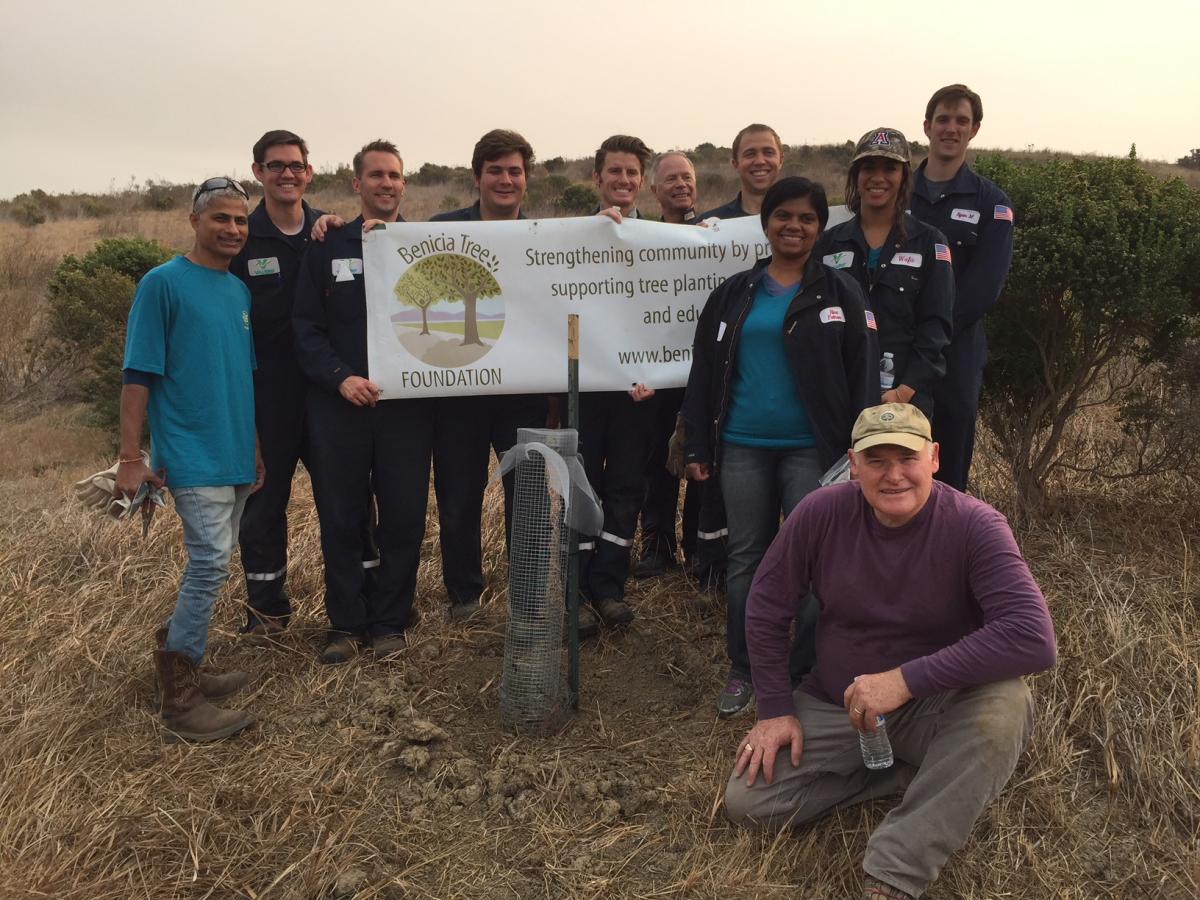 At our Third Thursday Tree Maintenance Day in August, we were at the Lake Herman Open Space project site and noticed many of the trees were damaged.  Trees were missing all their leaves or were gnawed off at the base of their small trunks.  The predator was small enough to get through the chicken wire cages we used to protect the saplings from gophers and grazers when they were planted in 2015.

We called the Solano Land Trust and Solano Resource Consevation District and learned that a number of their habitat restoration sites in the county were being attached by voles, and they suspected the same for us.  Their recommendation was to use hardware cloth instead of chicken wire for our cages.

A special tree maintenance day was arranged on October 16th with volunteers from the Valero Refinery.  In less than three hours, twenty of our trees where retrofitted with new cages made of hardware cloth.  We were gratified to see some of the trees coming back with new leaf growth.  Acorns were planted to replace the trees that were mortally damaged.  The rest of the trees hopefully will be retrofitted in the next several months with this new protection.

The picture below shows volunteers from the Valero Refinery standing behind one of the new “vole cages” they built to protect the trees at our Lake Herman Opens Space project site.