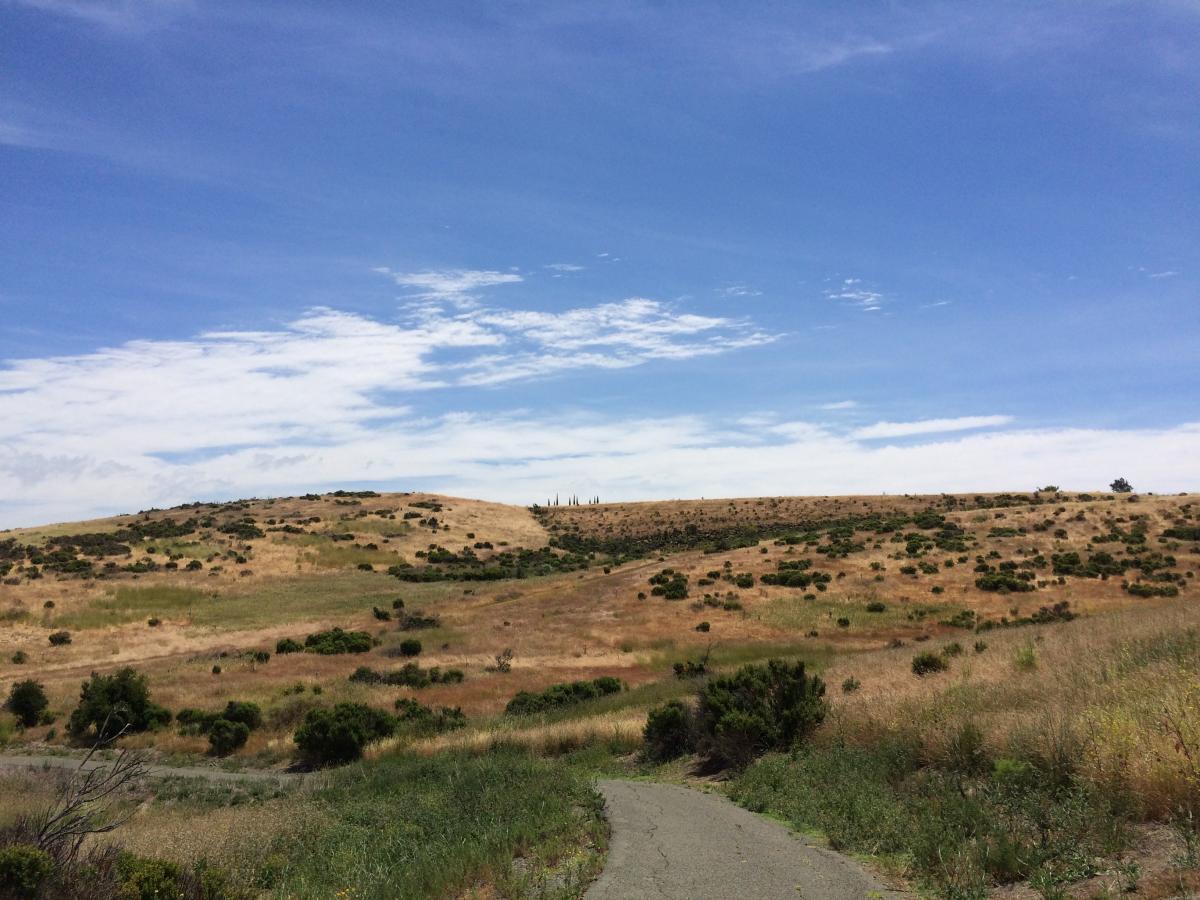 The Second Saturday Tree Care Day on June 9th was at the Lake Herman Open Space project site.  This is the third dry season since 100 oak and buckeye saplings were planted east of the paved bike trail in November 2015.  We were hoping that the saplings could be on their own now after receiving supplemental water – 2 gallons per sapling every 6 to 8 weeks during the last two dry seasons.  However, last year many of the saplings were felled by voles who were able to get through the chicken-wire tree cages that were used to protect each sapling from the City’s grazing goats.  Last winter we planted acorns where we lost saplings.  During our June 9th visit, we found many of these acrons have sprouted.  67 tree cages were found with maturing saplings or newly sprouted acorns (or buckeye seeds).  So, we will continue with the supplemental watering for several more years to help the newly sprouted trees mature.  It was also nice to see a number of the saplings growing to the point where they need to be uncaged.  In September we will collect acorns again for planting this winter in the 33 cages that are empty.