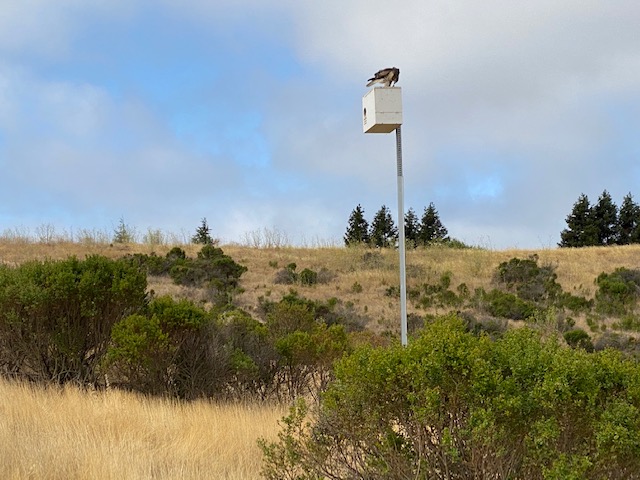 While surveying tree locations in the Lake Herman Open Space, volunteers found signs of another owl box being occupied by a Barn owl.  Owl scat was found beneath a box where none had been found before.  This was good news because rodents are still eating trees in the open space.  (Note, the top picture is of a hawk, not an owl, perched on an owl box)

We are continuing to experiment with ideas for protecting our tree saplings from rodents.  For many years we have been using straw as mulch for the trees and it has been very effective at suppressing weeds around the trees.  However, we have also found the straw provides excellent cover for rodents who want to gnaw on the base of a tree saplings.  Last year we began installing 2’x2′ patches of weedblock around the tree saplings instead of straw.  The weedblock is good at suppressing weeds and also will not protect voles for the watchful eyes of predatory birds.