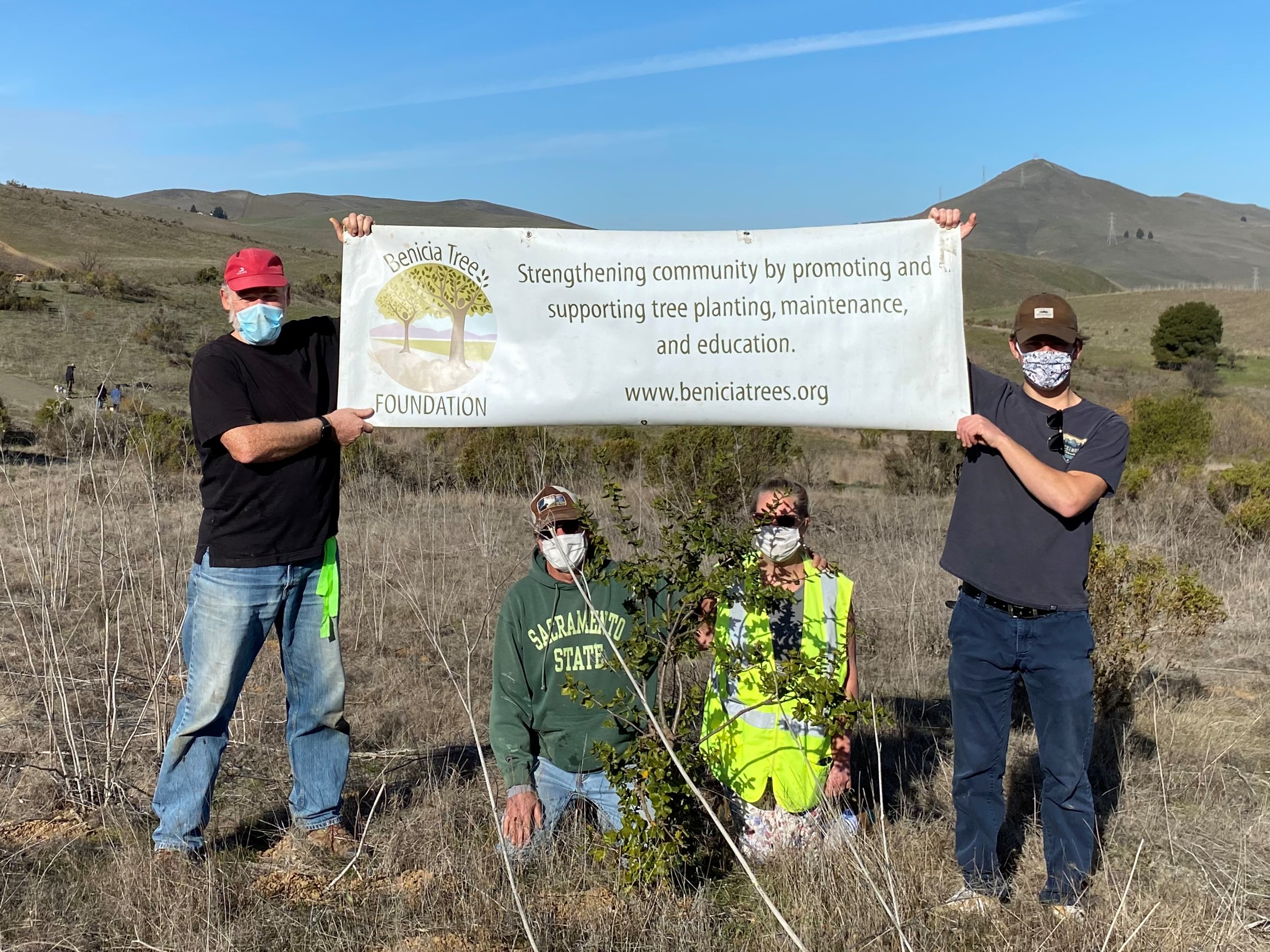 Over the past three winters, the Benicia Tree Foundation has planted native tree seeds (oaks and buckeyes) at 90 locations in the Lake Herman Open Space. Mother Nature appears to be having a tough time with rainfall this season, so the Benicia Tree Foundation gave her a little help by watering these locations for its initial 3rd Thursday Tree Care Day of the new year.

The locations that sprout, which varies from year to year, are watered every six to eight weeks during the dry season, typically May to October. A water tank is trucked out to the open space and each tree sapling is given two gallons of water. After two to three years, they can survive on rainfall alone.

This is the first year that we have watered during the rainy season. It was a beautiful day to be out at Lake Herman, but we need more rain. We may water again this winter if necessary.